According to mum, I first said that I was going to write a book at the age of six. It has taken almost half a century for me to get round to doing it!

I was born in Bradford in 1961, the eldest of four children. By the age of eleven, my family had moved to Hornsea on the east coast of Yorkshire. It was here that I spent a happy childhood. Knowing only that I wanted to go to university, I embarked upon a psychology degree, for which, after a year, I realised I was woefully ill-equipped. A rather erratic move into archaeology followed. This felt much more comfortable due to my lifelong interest in all things historical. I graduated from Lancaster University in 1982 and found a job at the University of York in the Environmental Archaeology Unit where I spent the next eight years identifying animal bones. But for the rather precarious nature of funding, I would be happy there still, but it was not to be.

I then threw myself into finding alternative work armed with no practical skills whatsoever. After a series of terrible temping jobs, I found work within the information department of the Joseph Rowntree Foundation here in York. At around this time I met my future husband, Bruce, and we were married in 1993. I remained happy in my job until the birth of my son Xander in 1997.

Since then I have been an at home mum, feeding my love of history through project managing the total renovation of a 300 year old cottage, and the study of my family history. Which brings me neatly on to the writing of my first book. When I could take the family line back no further, I decided to fictionalise the lives of my ancestors. A brief conversation with the author Ian Rankin at a book signing in York was the push I needed to get me going. Making good on my promise to mum made all those years ago I have finally written my book. I enjoyed the process so much, I have already started work on the next one which hopefully shouldn’t take quite as long! 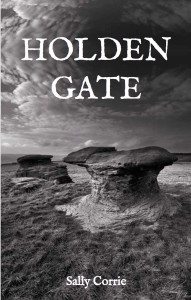